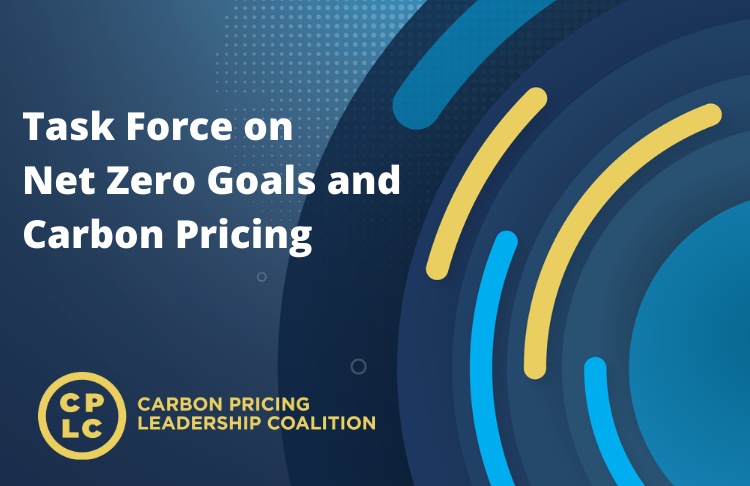 The Task Force aims to formulate a framework to guide net zero pathways for countries and will report back by COP26.

WASHINGTON, November 17, 2020 — Yesterday, the Carbon Pricing Leadership Coalition (CPLC) held the first meeting of its new Task Force on Net Zero Goals and Carbon Pricing. The Task Force will contribute to a deeper, common understanding of what net-zero means and how it can be achieved for national and sub-national governments and institutions, the private and financial sector, and civil society, and the role carbon pricing mechanisms can play in this regard.

A central focus of the Task Force will be the exploration of the nexus between the commitments and strategies of national governments, and those of other actors, in particular, the private sector. It will also examine the role and contribution of carbon pricing policies and measures, including carbon markets.

At the Task Force launch event, CPLC High-Level Assembly Co-Chair, Juan Carlos Jobet, Chilean Minister of Energy, noted that limiting global warming will require rapid and far reaching changes in our societies. Adding that “if we believe that science is not negotiable, then attaining net-zero is not negotiable.”

“Net-zero pathways must be tailored to an individual countries’ needs, its resources and circumstances. It is also important that this is a fair transition that contributes to sustainable economic growth. That’s why the work of this Task Force will be so pivotal in the coming months,” said Bernice van Bronkhorst, Global Director, of the Climate Change Group at the World Bank. “It will be an essential resource to help governments think through how they can achieve this goal, how they can involve the private sector or market-based instruments, and deliver on climate and development objectives.”

The Task Force plans to present its findings in a major report ahead of COP26 in November of 2021.